Icarus At the Edge of Time

From one of America's leading physicists—a moving and visually stunning futuristic reimagining of the Icarus fable written for kids and those journeying with them toward a deeper appreciation of the cosmos. With a minimum of words set on 34 full color boardbook pages, Icarus travels not to the sun, but to a black hole, and in so doing poignantly dramatizes one of Einstein's greatest insights.

Unlike anything Brian Greene has previously written, Icarus at the Edge of Time uses the power of story, not pedagogy, to communicate viscerally one small part of the strange reality that has emerged from modern physics. Designed by Chip Kidd, with spectacular images from the Hubble Space Telescope, it's a short story that speaks to curiosity and wisdom in a universe we've only begun to fathom. 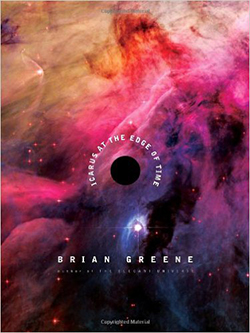 Icarus At the Edge of Time