by Shirley Climo and Loretta Krupinski
$8.99

Ever since he was a baby, Becan's only worry has been his big feet—until his widowed father remarries. His new stepmother and her three daughters feed him crusts of bread and banish him to work in the fields. So Becan runs away.

With the help of his only friend, a magical bull, he defeats a giant, slays a dragon, and rescues a princess. But before she can thank him, Becan disappears, leaving behind him one of his enormous boots. The princess scours the kingdom for the owner of the giant boot. Will Becan's feet give him away? And what will his fate be if they do? 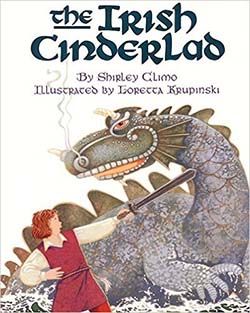