In Lesson 6, you learned about three major cycles — water, nitrogen, and carbon. In this lesson, you will look at oxygen and at the role of plant and animal processes that are important for the survival of an ecosystem. Oxygen is located in three reservoirs (places where something is kept in store): the atmosphere (air), all biological matter, and the Earth's crust. While each of these reservoirs is significant, this lesson will focus primarily on oxygen in the atmosphere. The major source of atmospheric oxygen is photosynthesis.

In this lesson, you will begin to see how oxygen, which is necessary for life, is produced at the levels required for all organisms to survive. In order to understand oxygen's significance, you will have to consider two important processes in living organisms — photosynthesis and cellular respiration — which both require oxygen. Respiration requires oxygen to break chemical bonds and release energy. Photosynthesis produces oxygen as a by-product. As you go through this lesson, consider how there always seems to be enough oxygen. Ask this question: if oxygen is constantly being used, how is enough present for all living things?

* - denotes an optional material that may or may not be needed

In this lesson, your child will work with the components of photosynthesis either visually or mathematically. The goal of the lesson is to see how important each component of photosynthesis and respiration is and, in an abstract way, learn exactly where the oxygen on the planet goes and where it comes from. Your child has already been exposed to cycles in the Earth's systems, and through today's activity she will be able to take a closer look at how important these cycles are for life.

Reading and Questions
Materials: Exploring Ecology by Anna Engelke
Review pp. 8-10 in the Exploring Ecology booklet. As you read, pay attention to the roles of oxygen and carbon dioxide in photosynthesis. A common idea is that plants are the primary producers of energy. While this is true, plants also release oxygen and water back into the environment. As you read, consider the important role that plants play in releasing oxygen and water into the environments in which they are found. 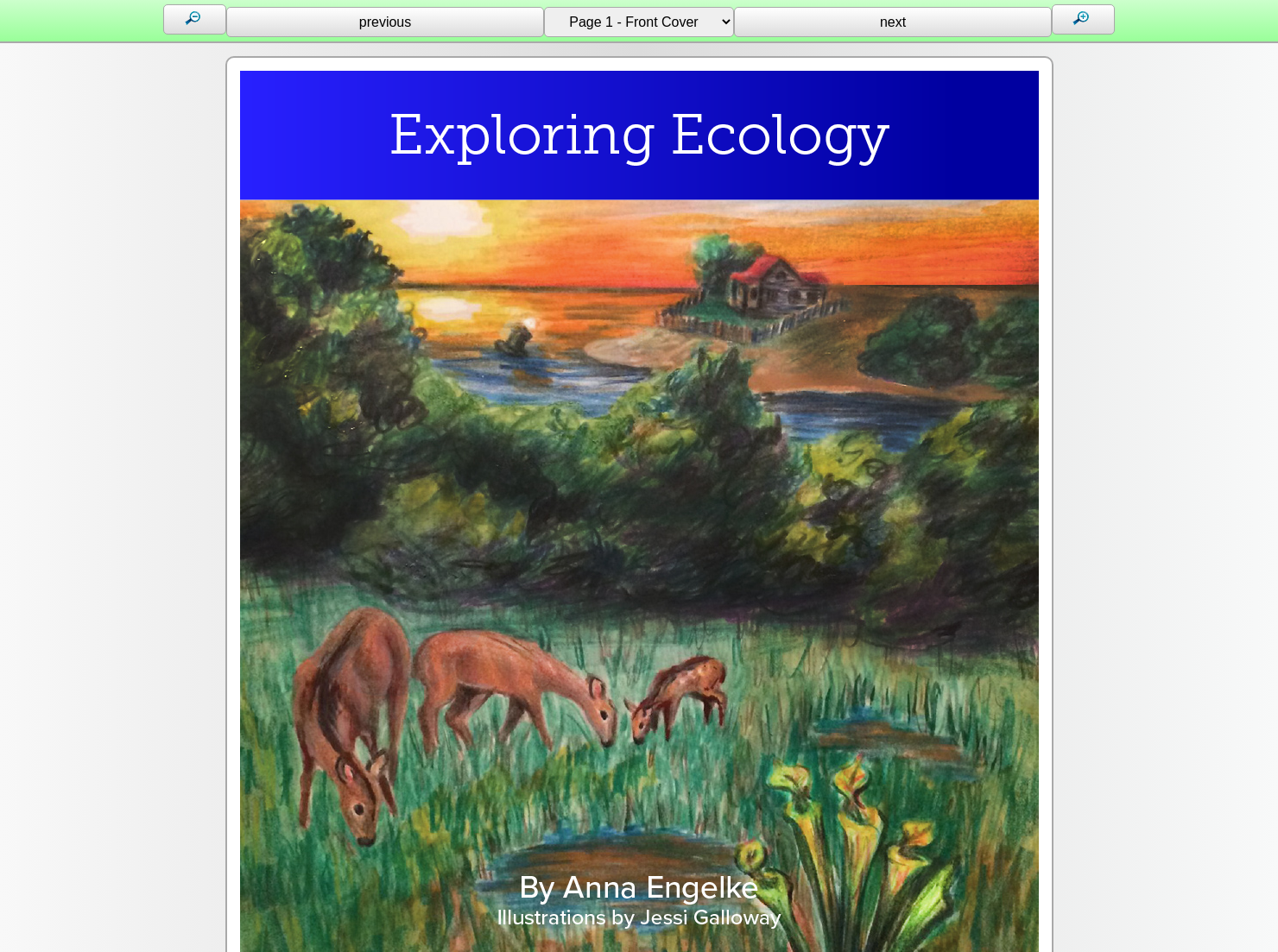