Lesson 3: Slavery and the Civil War

Materials: Your Life as a Settler in Colonial America by Thomas Kingsley Troupe
Explain to your child that the colonies had a very sad and unfair practice called slavery. Slavery is when a human being is owned and treated like property by another human being. Slaves did not have freedom and were often mistreated by their owners.

Re-read to your child pages 24 and 25 in Your Life as a Settler in Colonial America by Thomas Kingsley Troupe. Explain that a war was fought over the issue of slavery. This war was called the Civil War and was fought so that all people could be free. Show your child the following video.
Web Link 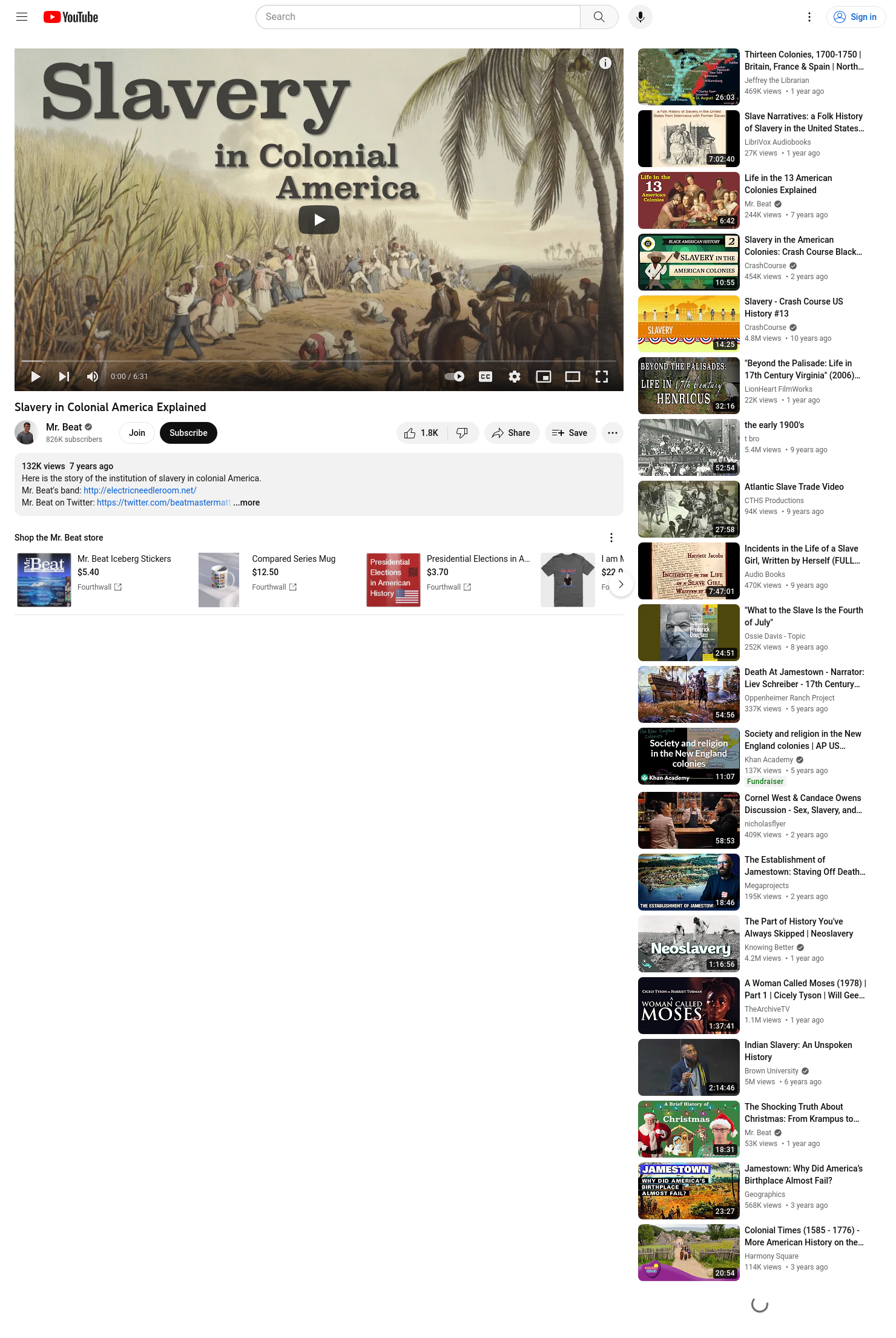 Slavery in the 13 Colonies

report problem
Note: The purpose of this lesson is to get students to understand that slavery was a terrible practice that had to be stopped. In this lesson, we have to be sensitive to young children's emotional development. We do not want to highlight the violence of slavery and war, but we want the students to be empathetic to those who lived as slaves and those who fought in war. We want to celebrate people who stood up to defend those who could not defend themselves and celebrate those who took great risks to help people in trouble. The goal is that students will be able to recognize when something is unjust and have the courage to help and do the right thing, even when it is hard. We also want to children to pay respect to soldiers who lost their lives fighting for something they believed in.
Please wait...